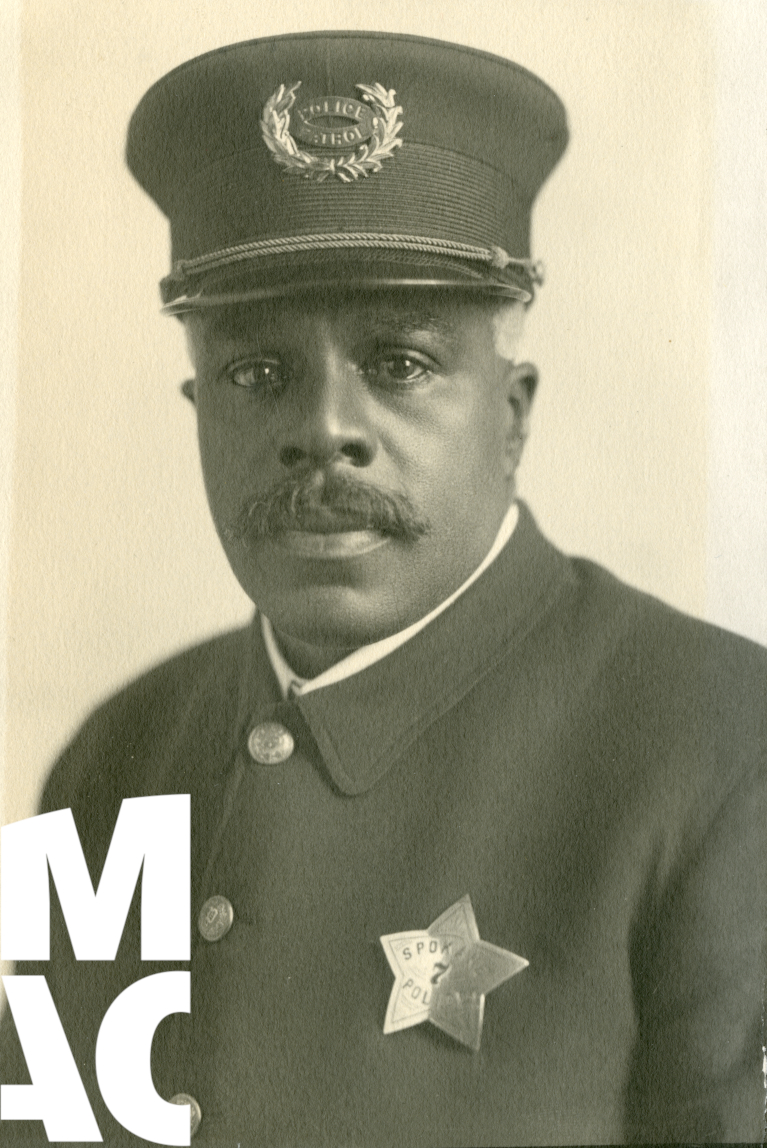 When the 1900 United States Census was taken, there were 376 black residents in Spokane, making up slightly more than one percent of the city’s total population. One of those residents, Walter Lawson, moved to Spokane in 1894 where he became an officer for the Spokane Police Department. 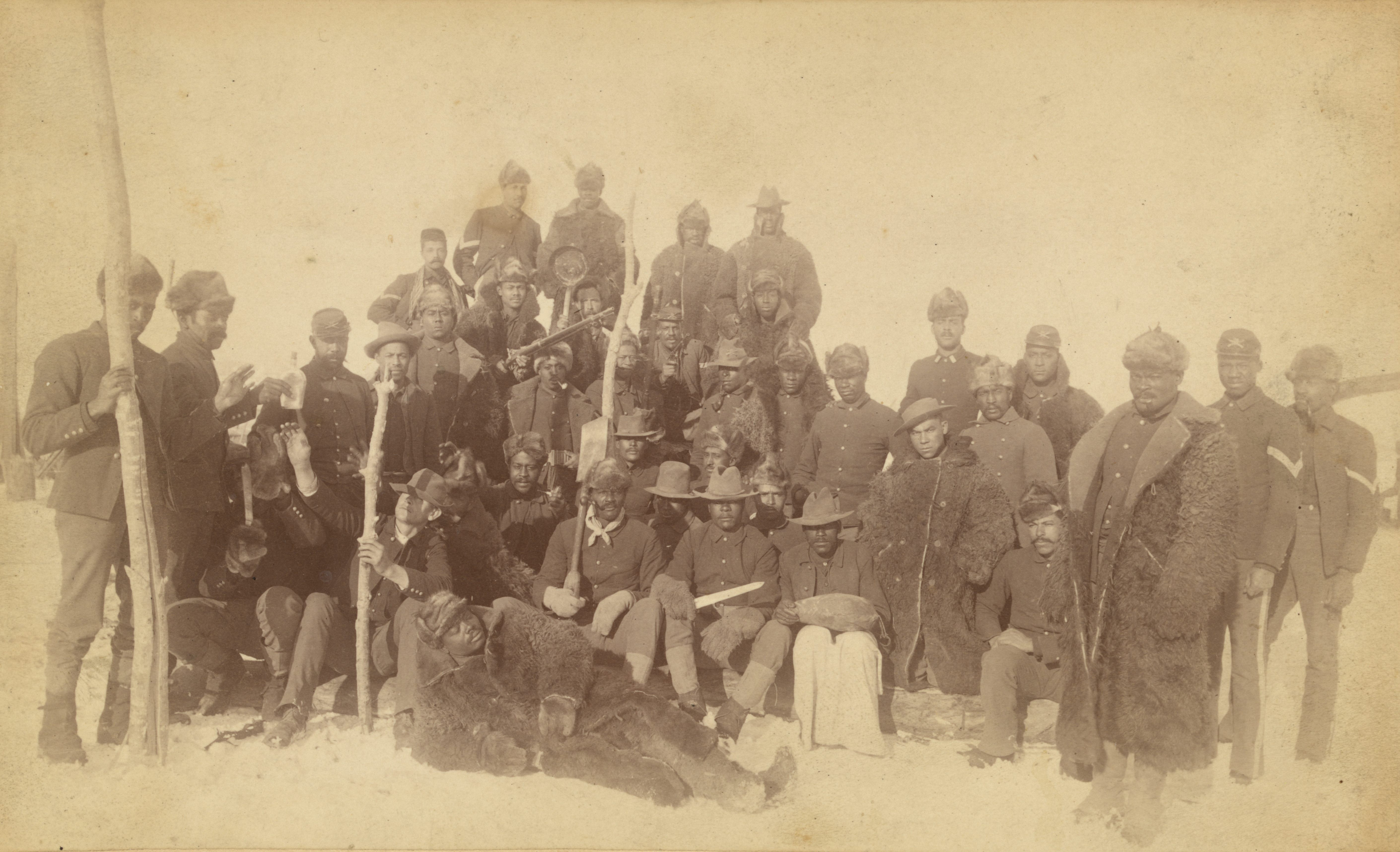 Members of the 25th Infantry Buffalo Soldiers at Ft. Keogh, Montana, 1890, courtesy of Library of Congress.

Before arriving in Spokane, Lawson completed five years in the United States Army. He enlisted for his term in 1886 and became a member of the 25th Infantry Regiment, a segregated unit of black soldiers often referred to as the Buffalo Soldiers. During Lawson’s time in the service, the 25th Infantry was stationed in the Dakotas, Minnesota, and Montana. They did not see much active combat but the regiment was involved in the Ghost Dance War, a months-long armed conflict that ended with the Wounded Knee Massacre.

After his service, Lawson settled in Spokane with his wife Millie and began work as a porter at downtown hotels. Hauling luggage was not as exciting as soldier life, but in 1899 his military experience paid off. He was hired as a special policeman with the Spokane Police Department. 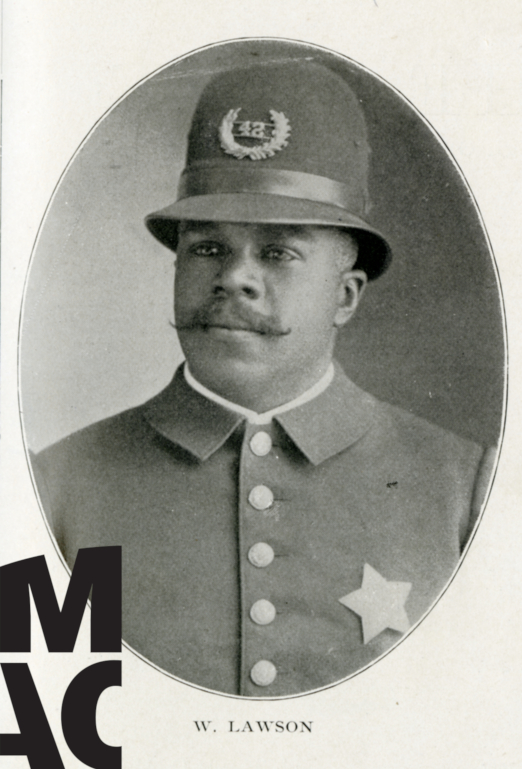 Officer Walter Lawson soon after he was hired by the Spokane Police Department, c1900, courtesy of Northwest Museum of Arts and Culture.

In 1905, a terrible crime occurred in Spokane. An abusive husband shot his wife in the abdomen and knee, and left her to die. The woman bled on the floor for hours before crawling to a neighbors home seeking help. She was taken to Sacred Heart Hospital where she was treated for her wounds, but her attacker was still at large. Officer Lawson located the man the next morning and apprehended him. As Lawson made the arrest, a .38 caliber revolver fell from the suspect’s pocket. Lawson had his man, and the likely assault weapon.

Officer Lawson worked over eighteen years with the Spokane Police Department serving in various positions including as a stock policeman, a driver, and a patrolman. In 1917, while still working for the department, the well-liked officer, husband, and father passed away. Much of the city was devastated. The Police Chief and fellow officers lauded him as “one of the bravest officers who ever wore the blue or swung a nightstick.” Newspapers across the nation exclaimed Lawson’s death noting that the Pacific Coast was now without a single black police officer.

This article was originally published in Nostalgia Magazine as part of my bi-monthly column “Heroes and Scoundrels.”